For the long-term advocacy activity and the great investment in the establishment of RA advocates’ institute Melanya Arustamyan was granted on 27 December, 2014 a title of RA Chamber of Advocates Honorable Member.

In 2014 she was granted the RA Prime Minister’s Medal for long and devoted work, as well as for the significant investment during the work activity.

In 2015 she was granted a Paris Chamber of Advocates Medal.

In 2006-2011 she was a member of the Committee carrying out the quality testing of notary candidates.

She teaches in Gladzor University.

2) Organize the provision of equally accessible and effective legal assistance in cases provided by law;

3) divide the work among public defenders;

4) make decisions to ensure the normal functioning of the Public Defender's Office;

6) oversees the quality and terms of legal assistance provided by public defenders;

7) submits a petition of disciplinary proceedings against a public defender.

8) can apply to state or local self-government bodies or businesses to check the insolvency of insolvent persons, as well as information needed to provide free legal assistance. 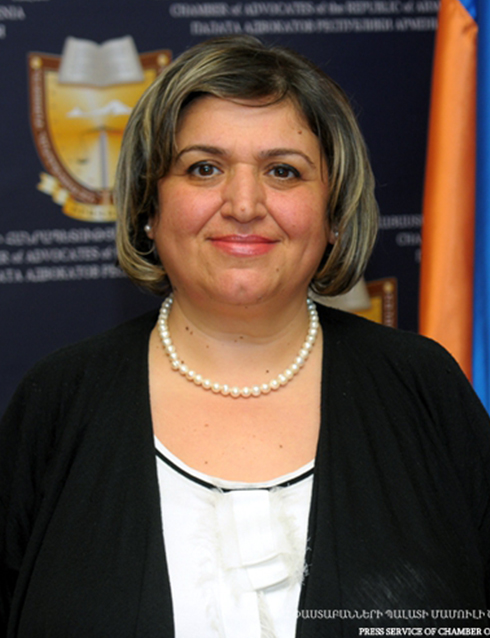